As a PhD student in public policy and political economy, often my colleagues who see me working with maps ask, “Are you getting a dual doctorate in GIS (Geographic Information Systems) and Public Policy? I reply “no”. Then someone will counter argue, “But you have taken so many classes in the GIS department? Why don’t you just write their qualifying exam?”. When I still deny my intent to do so, then one of them will ask, “at least you can get a master’s in GIS”. Even during my field work in South Asia last year, few were complete surprised. One of them asked,”What is the connection between social sciences and what you do with GIS?”

So then what explains this transition from being a student of political science and studying government, public administration to my recent focus on theories in geography and my drive to acquire a plethora of tools in spatial analysis? The answer is my nose for news and I still continue to be a journalist at heart. In 2009 I left a glamorous, well-paying job at a leading financial daily in New Delhi to pursue higher education in the US. This also meant sacrificing financial comforts, and the power I could command then as a reporter to starting from scratch and making a humble beginning. Stepping down from a senior reporter’s position to making my entry as an intern and then climbing the ladder again seemed like an arduous job. But looking back 5 years when I left a career in journalism and moved into academia, my love for finding news and a story still remains the same though it now gets reflected more in my research rather than in what used to be daily writing marathons!Back in those days, I used to find news by looking at statistics and data from government reports, auto industry sales reports. Today I look at the maps and models to tell me what is the underlying story. 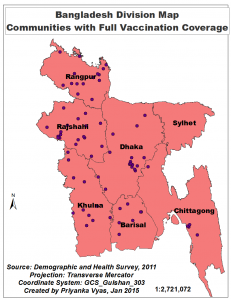 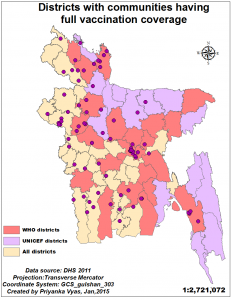 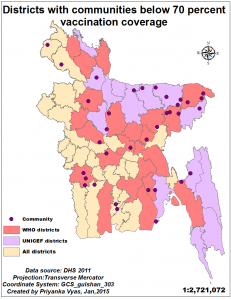 Take a look at the maps I created above. For example, what is the stark observation when you look at the above maps? Isn’t it the east-west immunization divide? Based on the division maps in the top row, one would notice that there is only one dot in the Sylhet region, and couple of dots in the Chittgong . Each dot on the map represents vaccination coverage at the community level ,comprising of 20-30 households based on the Demographic and Health Survey Data for Bangladesh, 2011. On the other hand if one looks at the division map of communities with full vaccination coverage most dots are located in Raungpur, Khulna, and Rajshahi, with few communities in the Dhaka and Barisal division. Similarly, if one looks at the district maps in the bottom row, then one finds certain districts painted in purple. These were hard to reach or low performing districts where UNICEF intervened in 2007 to raise the full vaccination coverage at the national level, according to the EPI coverage evaluation surveys. And those in pink are the 23 districts where WHO launched an intervention and continues to work in these regions. What is the obvious pattern? Most communities with full vaccination coverage are outside these low-performing districts while communities with below 70 percent immunization coverage lie in these hard to reach and low performing areas.

What is the natural question that follows after investigating where are communities with low vaccination coverage? Well, it would be a why question. Isn’t that’s where the story lies? Why is it that these regions have communities with low vaccination and vice-versa. How can I know that without really understanding the geographical context among other aspects of these regions.Development practitioners would say context matters. Geographers say location matters. Anthropologists would term this as culture matters and would view the same issue through the lens of the culture to explain certain patterns in health utilization. Then how is it that what I am doing with geography is very different than what I am doing in public policy? So from cultivating a nose for news for my journalism career to having one for geography to thrive in my academic career, I have proven once again the cliché —- once a journalist always a journalist — to be nevertheless true.

This poster was presented at the APPAM conference in November 2014 in Albuquerque, New Mexico. This was a part of my ongoing work on complete child immunization coverage in Bangladesh. Check the link. 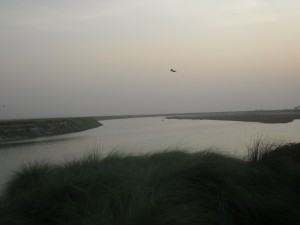 On the banks of the river Padma. The town of Rajshahi where I visited is located close to the river. 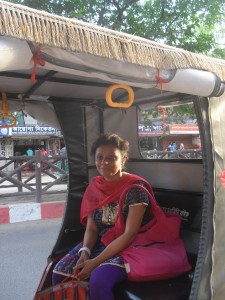 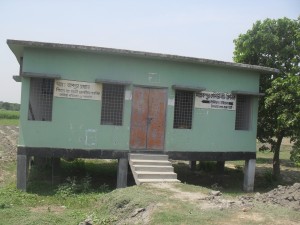 This was a community clinic I visited in Rajshahi 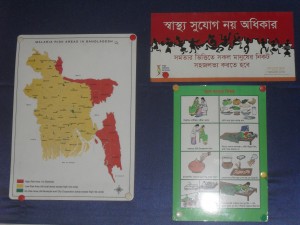 This map was on the wall of the health care center, showing the high risk areas of Malaria and educating women on maternal and child health issues through visual aid 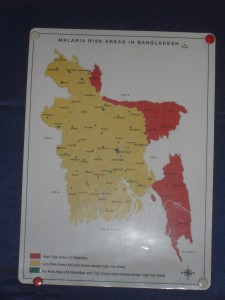